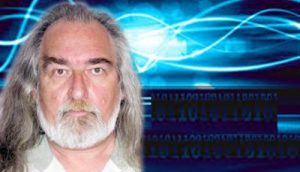 All life of modern people, by principle, consists of just five groups of the processes that they produce – nourishing, heating, lighting, moving and transportation, as well as making contact. Though, at present the sun energy is used completely to meet these requirements time, therefore, the energy directed on those purposes can be divided into two big parts:

– the energy got and saved on the earth not depending on people, and the energy transformed for favorable use with participation of people (that is, natural energy and transformed energy).

Ratio of use of any kind of not transformed energy is changeable: it depends on civilization of the mankind in whole or of separate groups. As concerns transformed energy, more than 78% of its part used at present as electric energy.

Portion of electric energy: for production of food items – 48%, for heating of living and production places – 69%, for lighting – 92%, for moving the transport – 54%, for information communication – almost 100%. Therewith, these factors are going up progressively.

Transformation of energy from any kind into another (Carno cycle) is related with its loss. Manifold transformation of the energy, its delivery from source to consumers, different ways of its distribution among consumers make these losses even more. Nevertheless, at present use of energy is realized just by this way.

The mankind gets major portion of the energy as a result of ineffective consuming of hydrocarbon raw stuff extracted from underground (oil, natural gas and etc.). As regards the factors called “alternative energy sources”, these are not energy sources indeed, they are different means for transformation of the kinds of natural energy into electric energy. So, those “alternative sources” are useless, because of being costly.

At present the most profitable energy source (not taking into account information-vacuum reformers) is just human’s mental power – but it is a bit unprofitable because of management defects. But mental power is not properly used too owing to lack of co-ordination of economic, administration, and intellectual interests.

Simple idea emerges from above stated: Mental power has to be used to satisfy human requirements by means of natural energy sources, as alternative to “alternative sources” methods and traditional energy transformers. In other words, heat, light and etc. energy of the Sun has to be used in its direct form that achieves the Earth and accumulates here, that is, not being transformed into electric energy or into any other energy form. And it is realizable by means of the technologies that have been developed up to now.

About 250 various technologies relating energy supply and energy economy are known by now, however, they have not been upgraded up to the level of industrial application. The number of such technologies is increasing progressively, their quality improves, their benefit rises, the spheres of their application broadens: they can be used in civil and industrial construction, for creation of subsidiary equipment for biotechnologies, in different spheres of agriculture, at food production, at recreation and tourism infrastructure, municipality services and etc.