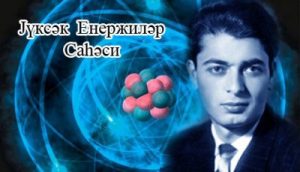 Rafil Rzayev Aliagha was born on April 26, 1937 in Gizilaghaj village of Salyan region, Azerbaijan. He is principal research officer of the Institute of Physics of High Technologies (IPHT) (Protvino city, Moscow oblast, Russia), Doctor of Physics and Mathematics.

Rafil Rzayev graduated from secondary school No 3 of Salyan region of Azerbaijan with gold medal in 1954 and just in the same year entered in the faculty of physics and mathematics of the State University of Azerbaijan.

The world-famous academician Yusif Mammadaliyev, who had developed the method of obtaining of high quality additives in aviation fuels in the hardest years of the Great Patriotic war, being the rector of the Azerbaijan State University at that time, sent seven high achiever students to continue their education in the Moscow State University (MSU) named after Lomonosov in 1957, and Rafil Rzayev was among those students too.

He attended the lections of the stars of the world physics: L.R.Landau, N.N.Bogolyubov, I.M.Ternov. Rafil Rzayev’s interest for physics grew even more when he listened to these wonderful lections. And still being a student he wrote some scientific articles which attracted attention of those scientists.

In 1963 the scientist delivered address on scientific results of proton accelerators at the International Conference in Dubna. In the same year he delivered the lectures at the all-USSR conferences in Ujgorod, and in 1964 – in Tomsk, and at the I Conference of Young Scientists and Inventors of Moscow. For his address at the latest Conference Rafil Rzayev was honored with the letter of commendation of Komsomol Organization of Moscow City.

Since 1966 he had worked in the Institute of Physics of High Energies (IPHE).

The scientific works by authorship and co-authorship of Rafil Rzayev have been published in the most authoritative editions of the Soviet Union, the USA, and other countries. Aspirants and scientists often quoted just these scientific works. That is why his photo was placed on the honors board of Protvino city in the column of “The Best People”. And in 1987 in honor of fiftieth anniversary of the scientist his name was written with golden letters in “The Honor Book of IPHE”.

Generally during all his activity period in Moscow Rafil Rzayev kept in touch with native Azerbaijan. It is evidenced by numerous publications, essays about him and his interviews, scientific articles in the “Azerbaijan”, “Gelebe” (Salyan), “Khalg gazeti”, “Elm”, “Hayat” and other newspapers.

In 1990 Rafil Rzayev defended doctor dissertation. By decision of the Highest Attestation Commission under the Council of Ministers of the USSR he was awarded the scientific degree of the Doctor of Physics and Mathematics.

Unfortunately, the scientists did not live long after that significant event.

We present to your notice the part of the article from that journal:

Rafil graduated from Moscow University, where he had taken part in opening of Sokolov-Ternov phenomenon – spontaneous polarization of the electrons rotating in accelerative ring.

In the sequel Rafil worked in the Department of Beams of IPHE for more than 20 years, and he made significant contribution in creation and development of neuron beam of IPHE, in practical use of crystals for deflection of external proton beams, in building of beam canals for 70 GeV accelerator of IPHE. He also played essential role in conceptual development of the beams of particles on Accelerative- Accumulative Complex (AAC).

Rafil was highly appreciated by his colleagues for his dynamics and eminent ability of suggesting and developing of new approaches to experimental problems”.