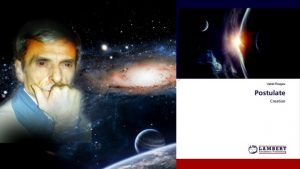 Oval, Ellipsoid Calculation…
It is very considerable that we can see existence of any being.
And we know that it has initial state.
Its initial state, initial state of all these structures was known to the first human on Earth.
As the structure of this World is Oval type, Ellipsoid type and all beginnings are within its frameworks, its shape and calculation was known to them.
It is impossible to give calculation manner to any state not having calculation methods, and not basing on any state.
Pi being equal to 3,16, is a method of measurement of ratio of long arm of Oval, Ellipsoid to its short arm.
As Pi estimation is by 16, and exact half of the first Sun alphabet consisting of 32 letters – 16th letter is “P”, and geometrical, mathematical calculation of Oval as Pi has the meaning of “P” letter existing in Alphabet, that “P” letter means “Brightly lighted by lightning”.
Our grands on Earth made alphabets in accordance with meaning content of every letter.
For this reason number and meaning content of the letters in alphabet was considered to be very important.
As there is not an angle image within Oval, it cannot be calculated by angle measurement method.
Nevertheless, if to divide existing area of Oval, Ellipsoid into four, we get four equal areas within Oval.
In that case, inside of Oval divided into four parts, four equal angle forms come out.
Thus, if total number of angles is 4, each part is 90° (initial 9 in the Universe), one half of Oval is 180° and its another half is also 180°, then 360° total estimation comes out.
Human’s anatomical-physiological state also complies to the rule within Oval, and his 18th age (180°) – his beginning state as full maturity age seems very conformable to condition within Oval.
If to refer to the texts of Heavenly Books, there is written: “I Created in six days”.
Certainly, that calculation was not by “Sun measurement”, but was by Period calculation.
In this case, in calculation of Oval, if in one half area of Oval – its right side is in Three periods, and its left side is in Three periods, then it makes 3 + 3 = 6.
According to this calculation, total of one semicircle of Oval and its opposite semicircle makes 6 + 6 =12.
Vahid Rzayev.