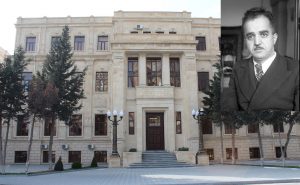 have been synthesised based on the primary amines and epichlorohydrin. As a result of polar solvent (water) in the mild condition, regioselective opening of epoxide ring have been studied. Obtained bisaminoalchols have been interpreted with FT-IR, 1H, 13C NMR spectroscopy.

It is known that in chemistry industry there is increasing need in more acceptable processes.

The dream of organic chemists is to carry out all the reactions in water, not only when the water is reactant.  Indeed, the water is insoluble, it is cheaper than organic solvents, and the extraction of products becomes more convenient, and the reaction itself becomes environmentally friendly and cost-effective. The water is irreplaceable solvent in which most biochemical transformations in living organisms occur with highest selectivity and effectiveness. Until recent times in synthetic organic chemistry the water was not used as a solvent because of its low solubility, and in some cases instability of organic reagents in aquatic environment

Today it is accepted ,that [1-5], reactions in mixed aqueous-organic solutions ( in two phase systems) often gives better results than in organic solvents, and at the same time insolubility of end products facilitates their extraction. Processes that proceed in favorable environmental conditions became one of the significant direction of green chemistry. Water use has numerous advantages, such as the ease of implementation, most of the organic reactions become highly efficient with (involving) water-soluble substrates, reagents without further treatment (processing), fire safety.

Ring opening of epichlorohydrin with amines is one of the most famous methods for obtaining aminoalcohols, it has great theoretical and practical significance.[8-10]. This method is usually carried out in organic solvents, In the presence of a catalyst, which lead to some constraints [11,12].Among amino alcohols, bearing different functional groups, a Cure for HIV, adrenergic and epileptic and antiarrhythmic agents, antidepressants, agents of anticonvulsant, anti-inflammatory activity were found[13-16]. They are also used as intermediates for the asymmetric synthesis of valuable symmetric and natural products as well.

Nowadays environmentally friendly methods for synthesis of physiologically active aminoalcohols, particularly, in aqueous medium, attracted special attention to researchers.  [17,18] improvement of general methods for synthesis based on available raw materials is quite popular [19,20]. Nucleophilic ring opening with amines is a well-known method for β-amino alchohol synthesis. Epoxide ring opening reactions of organic oxides under the influence of O and N-nucleophiles have been well studied. It is shown that reactions proceed in acidic, neutral and in basic media. [21]

It was established that, depending on the solvent and reaction conditions an epoxide can react with the same nucleophile according to both mechanisms: SN1 and SN2.[22, 23] In general, when considering ring opening reactions of monosubstituted oxiranes with nucleophiles can proceed in accordance with rule (A) and against (B) the rule of Krasusky[24], forming two isomers (Scheme 1)

The formation of abnormal product B (scheme 1) proceeding according to SN1 mechanism through a carbocation intermediate is generally recognized as a fact.  Apparently, the higher the solvent polarity, the higher the rates of substitution reactions for neutral substrates.

Reactions proceeding according to SN2 mechanism are less solvent-dependent is more typical for primary substrates.  In nucleophilic and weak basic media the speed of reactants containing active hydrogen (Н2О, ROН, НNR2) is directly proportional to the concentration of the nucleophile.

The objective of this work was the continuation and development of research [17], to study the polarizing effect of the solvent on regioselectivity of epoxide ring opening under mild reaction conditions in aqueous medium (solvent polarizing ability). Epichlorohydrin (I), and primary amine as a reagent -were taken as a basis, which reacted according to the scheme:

(Iа-к) was carried out with stirring the mixture of reactants in water(II)with primary Amines The Reaction of Epichlorohydrin [reactions were carried out by constant stirring / a run was carried out with stirring of the reaction mixture.], heated to a temperature of 90C, for 8-9 hours. The optimal ratio of the feedstock components is as follows:  primary amine: epichlorhydrin=5:1. The reaction products are bis amino alcohol (IIIа-к).The product yield range of 85 to 95 percent is achieved. Previously, amino alcohols were obtained in organic solvent in the presence of catalysts- metal triflate salts and complexones.

Chromatographic analysis revealed the presence of only one compound. Thus, amines opened the epoxy moiety (fragments)in accordance with Krasusky rule (a) producing [forming] secondary alcohol derivatives. ((Iа-з).The starting amines are well or partially soluble in water, the formation of the respective hydroxides [RNH3]+OH –is possible. The resulting [obtained] hydroxide also could perform catalysis for opening oxiranes in aqueous environments. In Epichlorohydrin case quaternary ammonium salts are formed [RNH2R]+CI-  which is also phase transfer catalyst. Under the influence of these catalysts, epoxy ring opening reaction of epichlorohydrin proceed according to theSN2 mechanism shown in the known scheme forming amino derivatives of 2-propanol.

Thus, effect of polarizing ability of the solvent on regioselectivity of oxirane ring opening under mild conditions in aqueous media was studied working with environmentally friendly methods, as well as bis-amine derivatives of 2-propanol were synthesized.

The identification of the chemical structure of esters III (A-W) was performed on FT-IR spectrometer ALPHA (company BRUKER, Germany) in the range of wave frequencies of 600-4000 cm-1 on the chip SeZn, and the spectra of 1H and 13C NMR were recorded on BrukerFourier (300MHz). As the solvent used CDCL3, chemical shifts are reported relative to TMS.

1,3-bis (alkylamino) propan-2-ols  (General method of synthesis) To a solution of 5 moles of amine (1a-e) in 7 ml of water were added 1 mole of epichlorohydrin and stirred at 90C for 9 hours. The mixture was saturated NaOH.Organic layer was separated and the aqueous layer was extracted with ether. The organic layers are combined, then dried. After solvent is distilled the precipitate is separated in the form of oils.