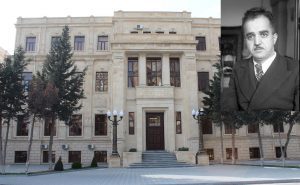 Symmetrical amino alcohols are starting materials for synthesis of various cyclic structures. The structures can be used as effective corrosion inhibitor1 and suppressing SRB (sulfate reducing bacteria) growth2. That is why, they have broad application in petroleum industry. Symmetric amino alcohols structures are widely used in pipeline due to the dual effects. All the mentioned features makes facile synthesis of amino alcohols important. Many methods were developed for preparation of amino alcohols. Among the methods direct N-alkylation of epoxy alkyl halides with amines widely used for synthesizing symmetric amino alcohols. Generally, in the method amine was taken in excess in order to capture evolved HCl. Excess amine as a precious material was consumed in offered procedure.

Our aim is same as monitored above. The difference is we offered environmentally benign solvent (water) and no excessive use of amine. To prevent the amine consumption as mentioned in scheme 1 amine was taken in stoichiometric ratio (2:1) with epichlorohydrine. Triethylamine was used as chloride scavenger and water was utilized as solvent. Reaction condition is mild and in 6-7 hours excessive conversion of substrates into products were observed and products were identified by 1H-13C NMR and GS-MS spectrometry.  Synthesized structures will be provided for acidic

corrosion tests and utilized as starting material for further transformations.